It happens to everyone: you’re driving your vehicle, glance down, and see that yellow “check engine” light illuminate on the dash. You immediately panic and wonder what it means.

In most cases, this is a misunderstood indicator and can mean various things, from a misfiring engine to a loose gas cap. Typically, you don’t have to pull over immediately, shut off the car, and call for a tow. However, you should come to Mac’s Radiator to get the car checked soon.

Though it’s tempting to ignore the warning, this can cause damage to other components. It might also signal that the car is emitting higher pollution levels and getting low fuel economy. 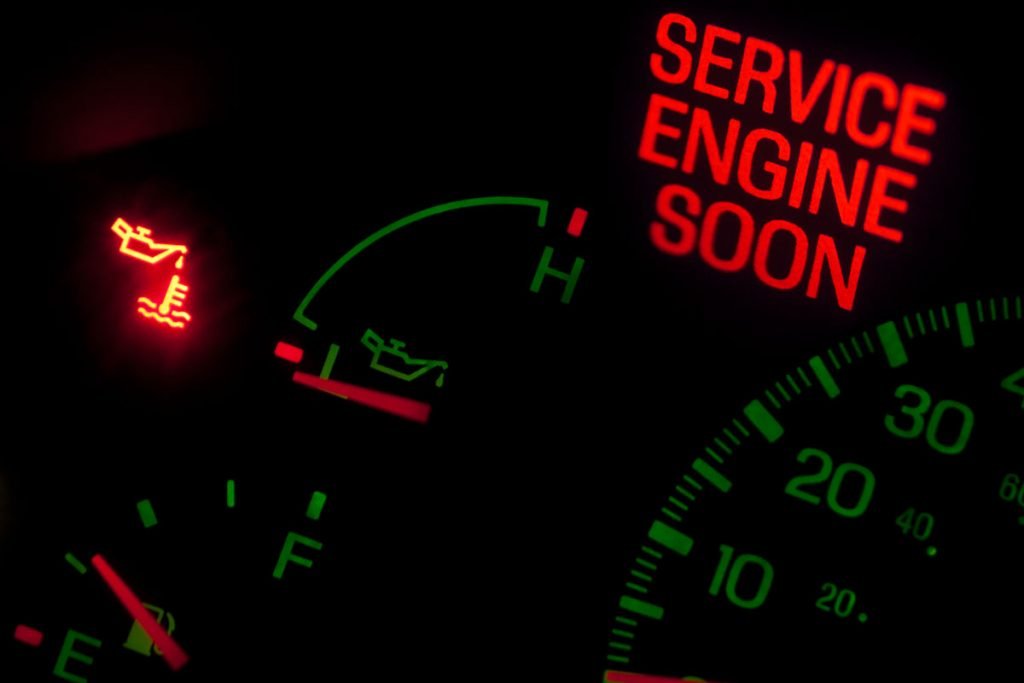 What the Check Engine Light Means

Your check engine light is part of the onboard diagnostics system. Computers now primarily control and monitor your car’s performance and tell the automatic transmission when it should shift.

Sometimes, it notices a problem within the electronic control system that it can’t automatically correct. When that occurs, it turns on the check engine light. From there, it stores a trouble code in the memory to identify the problem source, such as a misfiring engine or malfunctioning sensor.

When you bring the vehicle to Mac’s Radiator, we have a special tool to read that code and tell us what’s wrong. From there, we inspect those components to diagnose the problem and fix it.

Many times, the check engine light comes on because of some fairly common reasons. They include:

Worn spark plugs and plug wires can result in the check engine light turning on. In fact, anything within the ignition system can cause this dashboard indicator to light up. You may also notice that the vehicle stalls out more frequently.

Most people aren’t mechanically inclined and don’t want to do the work themselves. Therefore, when you bring your car in for routine maintenance, we always check the spark plugs. If there’s an issue, it’s often quick and cost-efficient to replace one or all of them.

We recommend that you visit Mac’s Radiator for routine maintenance by following your car’s owner manual. You should always change the spark plugs if the vehicle has more than 100,000 miles on it, and they have never been replaced.

The oxygen sensor is a crucial component that measures the amount of unburned oxygen in the exhaust system. If there’s too little or too much, it can severely damage other parts or the engine itself.

Typically, a faulty oxygen sensor returns a check engine light, and it’s the top reason why this light comes on as you’re driving down the road.

While it isn’t serious right away, it’s best to bring your car to Mac’s Radiator. We have a check engine light diagnostic tool to read the codes and determine if it’s your oxygen sensor. From there, we can replace it and get rid of the light on the dashboard.

Every vehicle has a mass airflow sensor to measure the air going into the engine. This ensures that the ideal amount mixes in with the fuel. If you don’t get the right fuel/air ratio, the engine can refuse to start or stall at odd times.

If the mass airflow sensor fails, it generally puts the check engine light on because the vehicle’s computer received a signal of a problem. While you don’t know if this is the issue, it’s a good indication that something might be seriously wrong.

Therefore, it’s best to make an appointment with Mac’s Radiator. Our technicians can run the codes in the diagnostic tool and find out what’s wrong.

As you’re driving down the road and see the check engine light come on, your first step is not to panic. Even if it is a serious issue, you have time to get it checked out. However, one of the most common reasons for it to come on is that your gas cap isn’t screwed on tightly.

This is the easiest thing to fix, and most people hope for this to be the reason. However, we should warn you that newer models have a separate gas cap light. Carmakers thought this was a good idea so that people didn’t panic unnecessarily.

If your vehicle doesn’t have a separate one, always try tightening the gas cap if your check engine light appears. However, it could also have a broken seal, in which case it needs to be replaced.

Catalytic converter issues are a top reason for the check engine light to appear, and it’s also the most costly. Cars can’t run without it, but we can help!

Regardless of the reason, you can schedule an appointment with Mac’s Radiator to run your car’s computer through our check engine light diagnostic. We can tell you what’s wrong and offer quotes for fixing the problem.